Until Death Do Us Part

I’m sure it’s bizarre to begin dating—and be starting a marriage—with the thought of one’s impending death, but then again, I am a melancholic who grew up on Tim Burton movies. Sometimes we laugh about shark attacks or the imminent robotic takeover (which is actually no laughing matter). But both Jackie and I talk about death quite often, though, and I think we’ve been both blessed with the wisdom that we’re only temporarily here—Heaven is our real home.

I’ll be drawing heavily from Sheldon Vanauken’s memoir A Severe Mercy for this piece. I describe this book as “The Notebook on crack,” to my friends, but even that would be an understatement. I read it a few years back and it still packs a wallop upon re-reading.

The book chronicles Sheldon Vanauken’s courtship and marriage of Davy (Jean Davis) in the early 20th century, their Christian faith, and the tragedy that would befall them both. Without revealing any major spoilers (don’t hate me), death is a major theme in Vanauken’s book. But not just physical death—death to one’s selfish desires also receives extensive reflection by Vanauken. I had just finished reading the book when Jackie and I began dating a year ago and I convinced her to read it right away.

I won’t have Jackie forever. Maybe for one year, maybe for thirty, maybe for sixty. It’s hard to think about. We’ve had a few teary-eyed conversations when we talk about life without each other. However, in this time in-between on earth, I have to ask myself if am I leading her closer to Him, her Creator and Eternal Father to whom she’ll one day return, or am I content to lead her only to myself? I usually don’t like the answer.

Vanauken experienced conflict within himself as he saw Davy converting wholeheartedly to Christianity. They were both self-proclaimed “pagans” when they first came together, but after serious reflection and a friendship with C.S. Lewis (how cool would that be), Davy began accepting the Christian faith.

Vanauken didn’t like it. “What I wanted, emotionally if not intellectually, was the old Davy back,” writes Vanauken with utter honesty (p.139). He knew that Christ was now to be Davy’s first love, and Vanauken the second. Vanauken thus felt, like many men do, that he was in competition with God. “I should have attempted, with some success, to damage or lessen her commitment to God, not admitting of course, even to myself, that I was doing it,” Vanauken confesses, “But I think I should have failed. She was too far gone in God’s service” (p. 215). Vanauken himself eventually experienced conversion to Christianity after his own intellectual assent and friendship with Lewis (again, I’m jealous).

Many times Jackie has asked if I wanted to pray a rosary together or attend daily Mass. And many times I find myself reluctant or even disparaging. I’ve had a long day. I’m tired. Doesn’t God know we love him already? Didn’t we do a rosary yesterday? How quickly I forget to give due to the Lord of all creation who wrote this amazing love story in the first place.

Spiritual sloth can be a nasty bugger. It’s easy to take our loved ones for granted, until perhaps it’s too late. I recently asked a co-worker about his marriage, and he told me that, “The hardest part about marriage is daily remembering that God called you two together. You remember that…most of your problems go away.”

Marriage as a call…I’m not sure how many people enter into marriage seriously believing that God called them to each other, but I know this to be true in my case. With a call comes a mission. My mission is to love Jackie as Christ loved the Church (St. Paul, Ephesians 5), and that means unto death. Christ didn’t hold back. He gave until it hurt. He gave until it killed Him.

There is nothing pleasant about dying. It’s not pleasant to die to myself, to know that I have to be second and make sure she puts God before me. The human side of me often wants to be the center of her attention and watch another episode of Treehouse Masters instead of doing night prayer together (that show is awesome, by the way). Men especially are tempted to see God as a competitor who he’s fighting against for the affections of his woman; we believe that the Author of our freedom is somehow against our freedom. But this is a great lie. The greater that Jackie loves God, the greater she loves me, and vice versa. We don’t make idols of each other. We’re able to love each other rightly when we rightly “put first things first.”

I am only Jackie’s steward. My guardianship over her is temporary. She will officially be under my care in 40 days when her earthly father walks her down that aisle and entrusts her to me, but I’m painfully aware that one day I will have to hand her over to her Heavenly Father. How will I care for her from now until that day? How will I begin to lead her to Him? Fulton Sheen recounts the prayer given by a dying husband in the presence of his wife in Three to Get Married: “I give you [God] my life, give me the assurance to see her again, there where we shall lose ourselves in the immensity of your Love.”

I’m learning. I’m grateful for this time of engagement I’ve been given to make mistakes and learn from them, to learn to not hold on when I’m called to let go. To quote the prophet Gandalf, “All we have to decide is what to do with the time that has been given to us.”

And when I find myself in a Tim Burton/melancholy mood, thinking about death taking the ones I love, I find peace in the words C.S. Lewis affectionately conveyed to Vanauken—“Christians NEVER say goodbye!”

One thought on “Until Death Do Us Part” 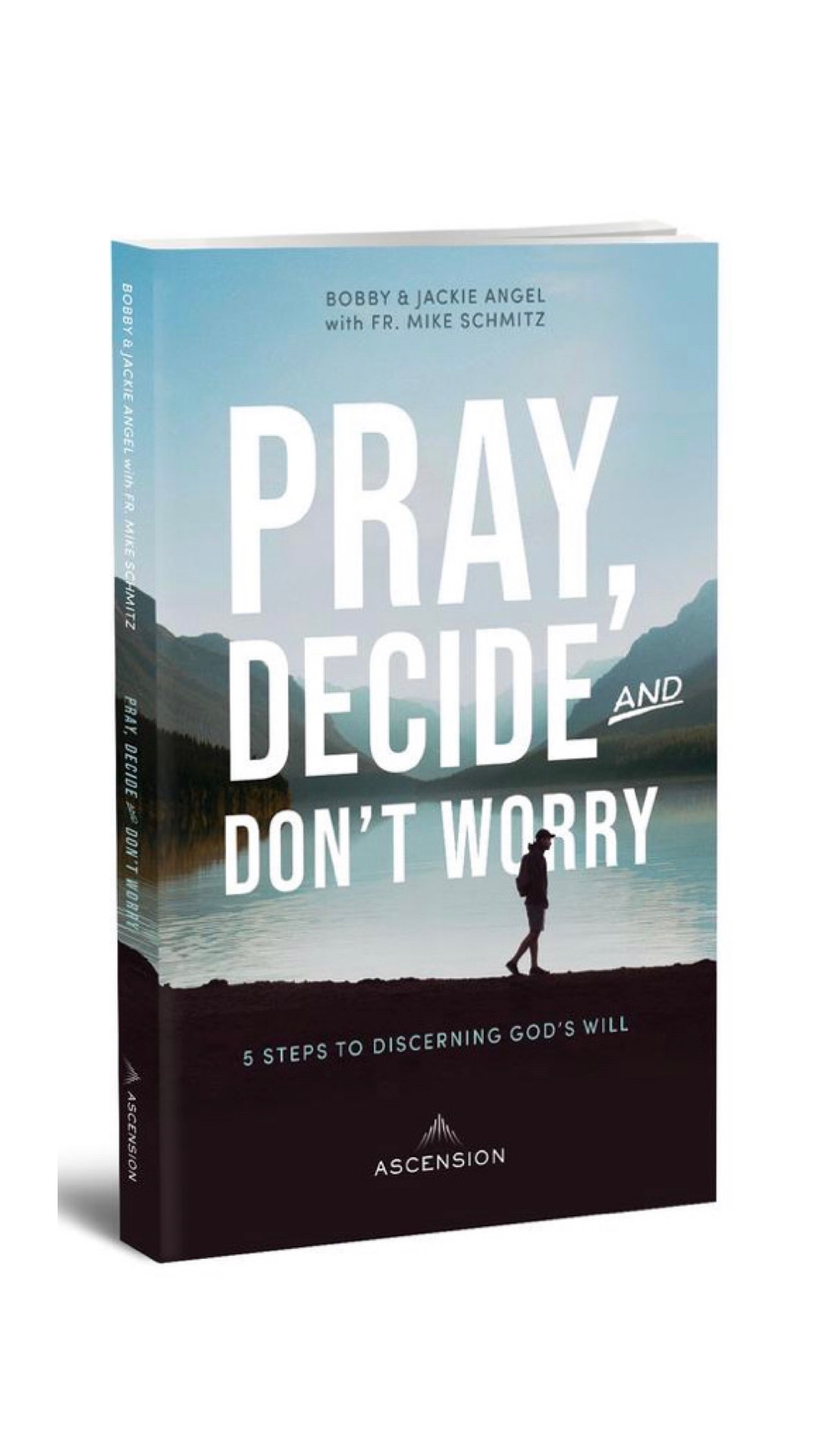